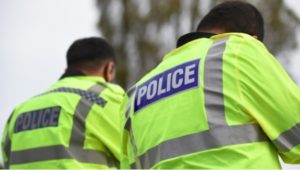 Serious and Organised Crime exploits some of the most vulnerable people living in South Wales.

We work in partnership with South Wales Police and Gwent Police to tackle some of the most serious crimes including drug trafficking and the emergence of county lines crime and an increase in the level of violence that comes with it.

What is a county line?

An organised crime group (or urban gang) from an area such as London, Birmingham and Liverpool who extends their drug dealing enterprise across county boundaries is known as a running a ‘county line’.

How do the gangs bring drugs into South Wales?

Organised crime groups often use young people or vulnerable adults to deliver their drugs, coercing them with payment or gifts or by forcing them through intimidation and violence.

Children as young as 12-years-old can be targeted and recruited to travel between the urban home county and more rural locations to deliver drugs and collect cash on behalf of the dealers. This helps the urban gang members evade detection.

Gangs communicate with other gang members and users via a drugs line, a mobile number that is typically held in the urban home location.

Human trafficking forms part of this type of crime. Dealers will often force young and vulnerable people into storing and supplying drugs, with ‘runners’ sometimes going to extreme lengths to avoid the police finding the drugs on them.

We all have a role to play in keeping our local areas safe from drug dealing and associated gang exploitation and violence.

Read this Operation Jigsaw leaflet from Gwent Police about spotting and reporting the signs.